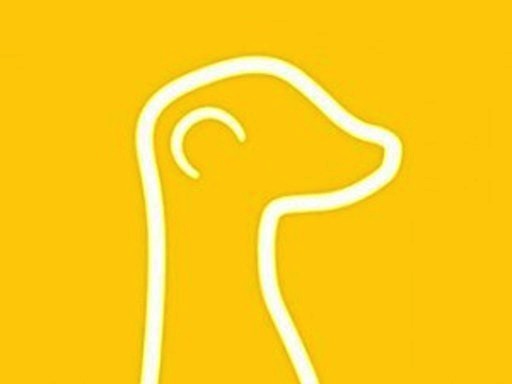 The future of social communication is here. Meerkat App, a mobile live streaming app plans to change the way we engage and interact. Follow Suzanne Nguyen, a top Meerkaster, as she share her insights and tips & tricks on how to use Meerkat.

The first time I played with Meerkat, a live video streaming app, I felt like a kid in a candy store. For me the candy is eating a new form of social communication. The app plans to change the way we engage and interact with each other.

I was watching a meer-stream from Las Vegas and I remember being amused by a meerkaster who was showing everything but her face.  She showed her wall, ceiling, kitchen table and her bed. Still she piqued my interest. And it was further cemented by the voice of a speedy robot. “Brilliant” I said and I continue to watch the interplay a robot and his owner.15 minutes into the stream, the lady shares a personal information about herself - my mind was instantly blown away.

Little did we know that she has been visually impaired since birth. Her robot was a translator that read comments outloud for her.

A buzz of electricity passes through me as I witness a revolutionary form of social communication - blind people are using Meerkat and connect with people around the world.

Seeing this inspired many interesting train of thoughts:
- What are the future engagement?
- Is this the start of something wonderful for humanity?
- Will MK be tools to cultivate empathy and positivity?
- What other social experiment can done here?

Ironically, my most popular streams is to be meta. I’m literally a teaching head that talks about meerkat on meerkat. Ergo, this handy little ebook (still writing the rest of the it) plans to provide further useful insights and brings value to your live video experience.

Read this book in order or follow your instincts based on your interest.

Welcome to participatory media.
Welcome to the future.

One of the rules of Meerkat states:

The Meerkat app is built on top of Twitter’s platform. When you jump into a stream, all your likes, restreams and comments will reflect on Twitter as favourites, retweets and tweets.

When I first used the Meerkat app, I screamed out “Woah, this is like Twitter with a face.” Both apps respect the “now”. This chapter explores how to simultaneously use Twitter and Meerkat together in order to improve conversation, networking to digital footprint and growth.

EXTENDING YOUR CONNECTION BEYOND THE MEERUNIVERSE

When you find Meerkasters or watchers whom you’d like to engage or share similar interests, why stop the connection there?

Even after a stream ends, conversations can continue different social platforms and beyond. This is the main reason why I encourage my followers  to leave their comments/tweets on because I want to extend the connection.

Adding to the Twitter’s tweet count adds to your digital visibility.

There are stories where Meerkat users open a Twitter account and let it go stale. The more active they are on Meerkat, the more they notice a jump in growth and engagement on Twitter.

In three months, I noticed my numbers of followers on Twitter has doubled.

Check out my February (pre-Meerkat) to April (during Meerkat), I found an exponential growth of engagement on Twitter. 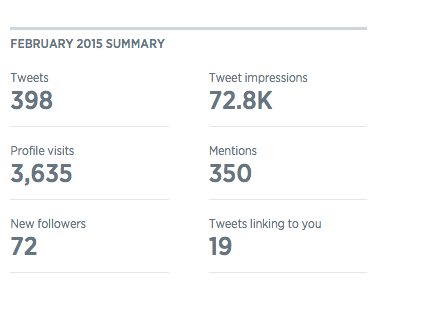 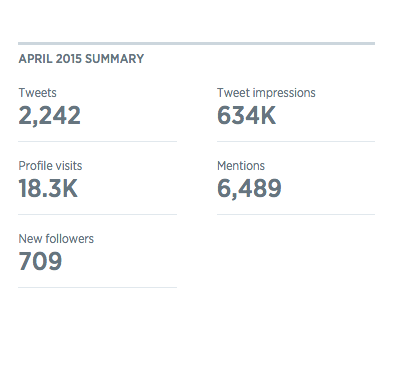 FIRST IMPRESSIONS COUNT ON THE MEERUNIVERSE

Currently, for Meerkittens (new and recently arrived Meerkat users) and ‘egg’ profiles, I have some advice about setting up a Twitter account:

THE CONTROVERSY OF COMMENTS

While it does add to your Tweet count, there are some who consider excessive commenting to be noisy or spam-like. Personally, I see the limit of 140 characters of tweets as an extension of thoughts and insights. I regularly have conversations on Twitter. As long as you find it valuable, other people may be able to.

You should know that tweets are recognised within the Google index - so it adds to your digital visibility and exposure.

I say, leave the blue toggle on.